The D-Day landing has not yet revealed all his stories.

The Great Bunker, museum of the Atlantic Wall and his team have updated the remains of 7 gliders HORSA, they had landed June 6, 1944 in the town of Saint Aubin d’Arquenay. Very attentive to events related to the landing, Fabrice CORBIN, curator of the museum located in Ouistreham had in his possession aerial photos showing an impressive amount of gliders, which landed, not on Ranville or Bénouville, but on Saint Aubin d’Arquenay. 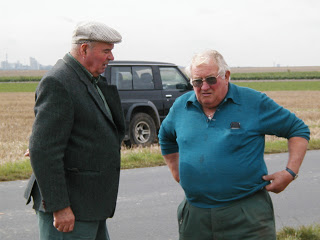 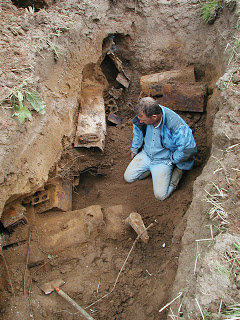 Lieutenant Geoffrey Sneezum, British veteran of the 12th battalion “The Devonshire regiment” confirmed all these facts, being himself. 104 gliders took off on June 6, 1944 at 18:40. They settled between Rommel asparagus around 8:52 pm and 9:20 pm on Landing Zone W.
A few years later, “in the years 46-47”, the owners of the fields, anxious to be able to use their lands, have buried remains of these gliders. Roger Mallet, 12 years old at the time, remembers that an airstrip had been made in the plain so that all these gliders, which had been repaired, could go back to England. Another, testifies: child, I was going to play on gliders abandoned in the plain. I was even imprudent because I was playing with plastic or with strips of machine gun cartridges lying on the ground.

Fabrice CORBIN with the agreement of the owners and helped of his team, undertook digs in search of these gliders. In holes 20 meters long, 4 meters wide and 2.50 meters deep, they pulled various objects out of the ground: glider wing supports, landing gear complete, shock absorbers, shells containers, crates of ammunition etc …