Discovering a Stirling in Normandy The bomber was to supply the French resistance.

Since the D-Day, many excavations have taken place in the region. But for the first time, we have just discovered the cargo almost intact (more than 60 years old!) Of a bomber found in the Pays d’Auge.

On August 5, 1944, an English bomber crashed on the commune of Notre-Dame-de-Livaye. 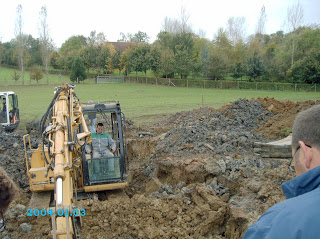 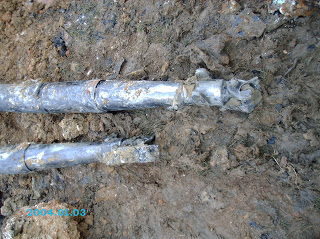 Military archaeologist, Fabrice Corbin, of the Atlantic Wall Museum, and his team discovered remains of an English bomber, which crashed sixty-one years earlier at the mansion of Tremblaye. Party in the night of August 4 to 5 in Fairford, he was reportedly shot by DCA. It is a Stirling having made seven operational sorties before his disappearance. On the night of August 4 to 5, 1944, the LJ920 aircraft took off Fairford (Midlands) and was codenamed “Houndsworth 44”. He crashed at Notre-Damede Livaye in France with his crew on board: Second Lieutenant Robinson (New Zealand), Staff Sergeant Lewis of Birmingham, Chief Warrant Officer Trainor, Lieutenant Mac Kenzie-Habkirk, Sergeant Glanville, Staff Sergeant Johnson (Bristol), Chief Warrant Officer Sturgess (Australia), Corporal Smith, and Wright Driver from Yorkshire. These men are buried in the cemetery of Tilly-sur-Seulles, at the expection of Corporal Smith for which we have not found, to date, any detail. Their loading was destined to the French Resistance in the Morvan (Dijon). 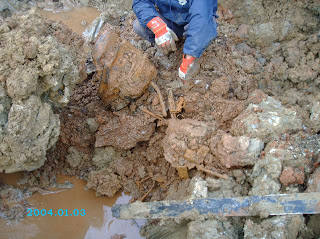 Parts of the plane were uncovered during a search campaign. 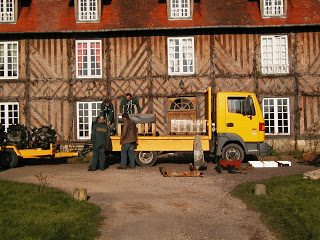 The location of the spit was indicated to them by the then witness, Hubert Léger, aged 15 and a half. This man tells us that thirty-three planes have fallen on the canton. He had fun as he likes to list them. 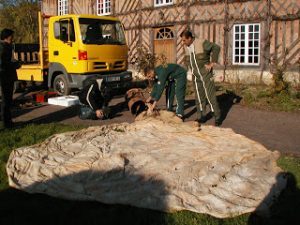 Jean SCELLES, former mayor of the town, was a farm worker in 1944. As a teenager, he remembers picking up a lot of debris, which was later recovered by a scrap dealer.

This accident killed nine people. During these searches, the four engines and the undercarriage remnants (all very damaged by the fire) were found, about five meters underground, but also the contents of the cargo of the craft which was intended for the French resistance in the Morvan (Dijon). Several containers have been recovered. Inside, the wreck hunters have unearthed, among other things, weapons (rifles, machine guns, chargers, cartridges), a transceiver, surgical equipment, mini-generators, tool kits , parachutes, and personal items. 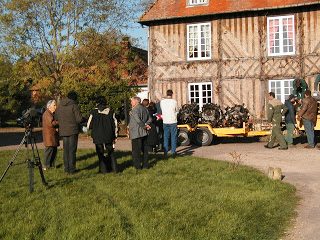 Although the plane caught fire, there are many objects in good condition. It is an inestimable hiroric treasure! 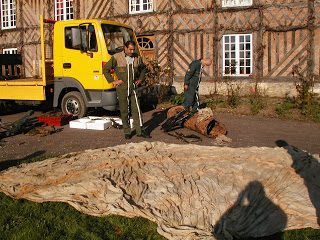 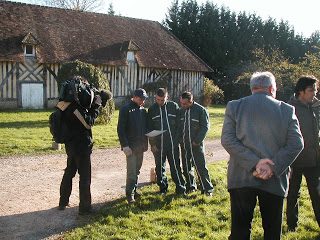 These finds will be stored in the hangar of Ouistreham. The creation of a future museum, on the Normandy coast, where the archaeological pieces, from the Fabrice Corbin campaigns, will be exhibited.